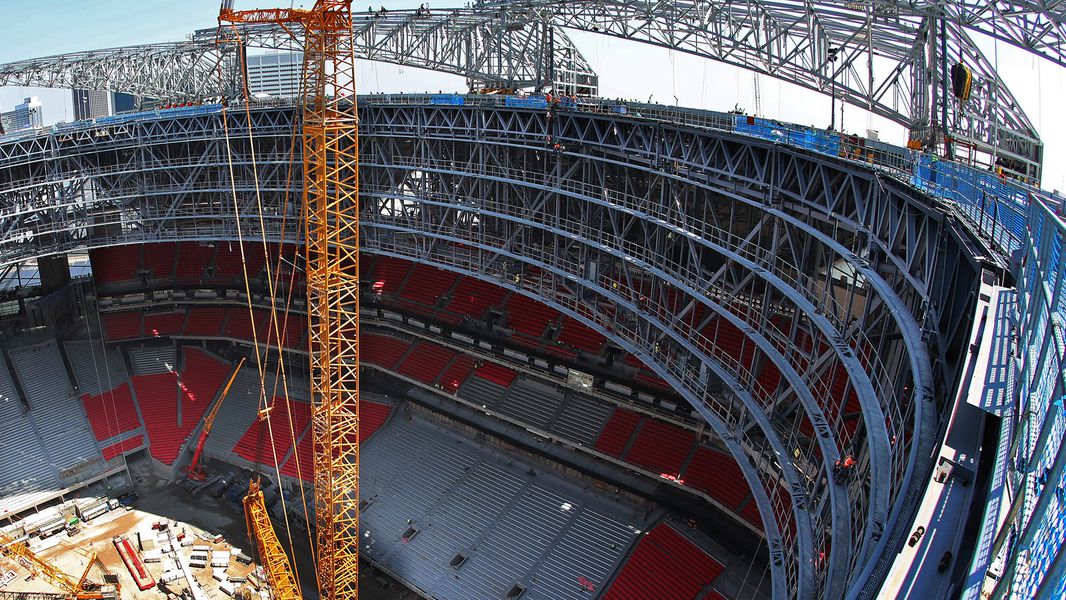 By Clare Norins and Nneka Ewulonu

Atlanta Falcons Stadium Co. voluntarily released records of its work on behalf of a government agency, rather than face a potentially unfavorable appellate court ruling in an open records lawsuit. With the public documents released, the Georgia Court of Appeals dismissed the appeal.

When a Georgia government agency contracts a private entity to carry out a function or service for the agency, documents relating to that activity must be open to the public. The Atlanta Falcons Stadium Co. tacitly acknowledged as much when it handed over 1,500 pages of records before the the Appeals Court of Georgia could rule on whether the records should be made public. Because the records were released, the Court of Appeals in June dismissed the case, Love v. Atlanta Falcons Stadium Co., as moot.

The Georgia Open Records Act gives the public the broad right to see, inspect, and copy all public records. That includes “all documents … prepared and maintained or received … by a private person or entity in the performance of a service or function for or on behalf of an agency.” [See Sunshine Laws: A Guide to Open Government in Georgia or O.C.G.A. § 50-18-70(b)(2).] In the past, this has assured public access to records relating to, for instance, private companies contracted by government agencies to provide public health services, administer state insurance plans and execute large public construction projects.

Here’s the background of Love v. Atlanta Falcons Stadium Co. The Georgia World Congress Center Authority is a state agency that promotes recreation, athletics and tourism. In 2013, the authority contracted with private entity Atlanta Falcons Stadium Co., called StadCo, to build and maintain the Mercedes Benz Stadium in Atlanta. The stadium, like the Georgia Dome it replaced, is a sports and retail venue. It’s the home stadium for the Atlanta Falcons professional football team and Atlanta United FC professional soccer club, and the stadium regularly hosts college and high school championship games.

Rather than build and maintain the Mercedes Benz Stadium itself, as its legal mandate authorizes, the Georgia World Congress Center Authority contracted the work to StadCo. In addition, taxpayer dollars were used to finance a portion of the stadium’s construction, as was detailed by the Atlanta Journal-Constitution in 2016.

At the heart of the Love case is a request by a member of the public to inspect and copy construction documents and loan agreements held by StadCo relating to its stadium contract with the Georgia World Congress Center Authority. These documents clearly fall within the plain language of the Georgia Open Records Act’s definition of “public records.” Additionally, Georgia courts have recognized that spending taxpayer dollars to pay a private entity creates a strong public interest in disclosure of related records.

Nonetheless, StadCo asserted that because it is a private entity, it is not subject to the Open Records Act. And, in June 2020, the Fulton County Superior Court erroneously agreed. The flawed decision: Since the Georgia World Congress Center Authority was not required by its legislative charter to build the stadium, but was merely authorized to do so, records relating to the authority’s contract with StadCo to construct and maintain the stadium were not open to the public.

The holding by the trial court fabricated a distinction between mandatory and discretionary work of a government agency under the Georgia Open Records Act. This distinction appears nowhere in the Act itself, nor in any other case law interpreting the Act. In fact, the trial court’s reading of the statute runs directly counter to the law’s explicit public policy goals of promoting transparent government. The Open Records Act states, “Public access to public records should be encouraged to foster confidence in government and so that the public can evaluate the expenditure of public funds and the efficient and proper functioning of its institutions.”

Our friend-of-the-court brief, filed on behalf of the Georgia First Amendment Foundation and other interested parties, further explains the disconnect between the trial court’s ruling and the state’s Open Records Act.

By turning over the documents voluntarily, StadCo avoided the possibility of an appellate court ruling against them. StadCo’s decision to turn over these documents is now itself part of the court record, signaling that documents about work done by a private entity on behalf of a government agency must be accessible to the public, as the law requires.

Clare Norins is an assistant clinical professor and director of the First Amendment Clinic at the University of Georgia School of Law. She is also a member of GFAF’s board of directors.

Nneka I. Ewulonu is a May 2021 graduate of the University of Georgia School of Law and was enrolled in the First Amendment Clinic during the fall 2020 semester.