SAVE THE DATE for our 20th Charles L. Weltner Freedom of Information Celebration, which will return in person at 6:30 p.m. on Oct. 27, 2022, at the Silverbell Pavilion of the Emory Conference Center in Atlanta. More details coming soon!

Our 20th Charles L. Weltner Freedom of Information Celebration returned in person on Oct. 27, 2022, with more than 130 people gathered at the Emory Conference Center in Atlanta.

The foundation honored the Cox family with our 2022 Charles L. Weltner Freedom of Information Award, recognizing their more than eight decades of dedication to high-quality local journalism and open government in our state.

Susan Weltner Yow, daughter of the late Georgia Supreme Court Chief Justice Charles L. Weltner, for whom our award is named, presented the award to Taylor.

>> Learn more about this year’s honorees and find out what happened at the banquet.

>> Read coverage of the event in The Atlanta Journal-Constitution.

>> Flip through pictures of the event by photographer Jenni Girtman.

In the spirit of the late Georgia Supreme Court Chief Justice Charles L. Weltner, the annual Weltner Freedom of Information Award honors a person or group whose work has significantly improved freedom of information in Georgia. Justice Weltner was an unyielding champion of government transparency. His final opinion for the Supreme Court of Georgia in Davis et al v. City of Macon (1992) captured his commitment to First Amendment principles:

“This is the last appeal in which I will participate as a member of the Supreme Court of Georgia… Over the past decade, as I see it, our court has breathed life into some old words that have lain dormant within our constitution for most of their century-old existence. The words are: ‘Public officers are the trustees and servants of the people and are at all times amenable to them.’(Constitution of Georgia of 1983, Art. I, Sec. II, Par. I.)

“We have established that this is no empty phrase, but an obligation that is enforceable in a court of law. Public men and women, above all others, must be of good faith. Neither facile excuse nor clever dissimulation can serve in the stead of duty — faithfully performed. Because public men and women are amenable ‘at all times’ to the people, they must conduct the public’s business out in the open.” 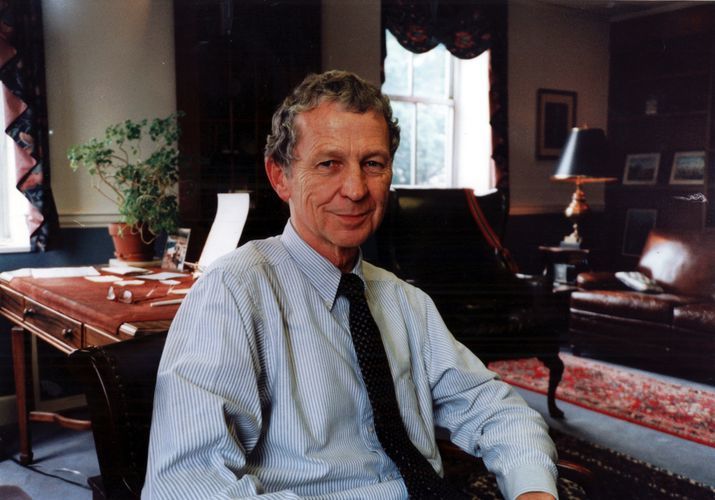 If you would like to nominate someone for our Weltner Award, email us at info@gfaf.org.