GFAF in the courts: Two wins and a wait

The Georgia First Amendment Foundation plays a vital role in promoting that kind of interpretation by filing what are known as friend-of-the-court, or amicus, legal briefs designed to educate judges about the implications of their decisions.

Two recent victories in cases in which the foundation weighed in are worthy of attention, as is another case that’s still pending.

In June, the Georgia Supreme Court corrected a lower court ruling that had instructed public records custodians in the state not to release records unless Georgia’s Open Records Act required it. At issue were faculty research records that public universities aren’t required to release. Kennesaw State University, nevertheless, decided that it wanted to release the records. The state Supreme Court, overruling the Court of Appeals, held that the university had that prerogative.

In arguing for that result, the foundation was joined by the Reporters Committee for Freedom of the Press, the Georgia Press Association and the Atlanta Journal-Constitution. The foundation’s brief explained that the Court of Appeals’ decision made Georgia a national outlier, leaving citizens here with far less access to public information than they’ve had in the past or would enjoy in most other states and at the federal level. 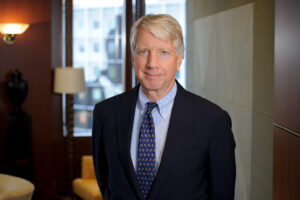 The state Supreme Court corrected another Court of Appeals ruling last fall when it reiterated that private hospitals created by public hospital authorities are subject to open government requirements. The foundation, joined by other public interest and media groups, successfully argued that private entities performing functions for governmental agencies must do so transparently. Had the decision gone the other way, port authorities, local waste authorities, airports and a host of other entities acting on behalf of the government could have been privatized and their activities shielded from public scrutiny and review.

Still pending in the U.S. Court of Appeals for the Eleventh Circuit is a libel case against global news outlet CNN. At issue is whether Georgia citizens and companies should enjoy the state’s legislative protections for free speech if they are sued in federal courts located in the state. The lower court said no, a result that the foundation opposes. We believe that decision strips Georgians of much-needed protections. The case, which has been reported in the media industry press, is expected to be argued this fall.

Thank you for your support of the foundation and our mission. We want to hear from you. If you are aware of court cases that should be of interest to the foundation, let us know at info@gfaf.org. We need more eyes and ears watching what’s happening in our courtrooms. They are battlegrounds in the fight to protect and expand Georgians’ access to public records, meetings and proceedings.

Peter Canfield, a foundation board member, is a partner at Jones Day in Atlanta. The views and opinions expressed are personal to the author and do not necessarily reflect those of the firm with which the author is associated.