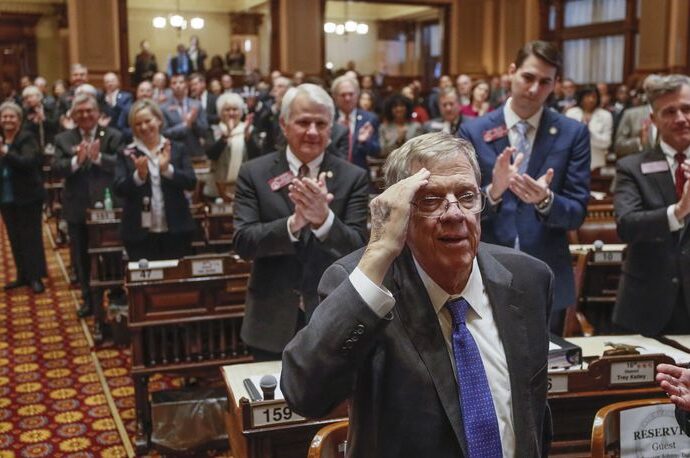 Former U.S. Sen. Johnny Isakson, who served Georgians in both chambers of the state General Assembly and as a congressman and senator in Washington, died Sunday after struggling with Parkinson’s disease for many years. He was 76.

Isakson, whose political career began in Cobb County in the 1970s, was a leader of the Republican wave that swept Georgia in the 2000s.

He was known for the Isakson Way, which meant finding compromise where possible and working with politicians from other parties to do so. The Georgia First Amendment Foundation honored Isakson with our Weltner Freedom of Information Award in 2006. We recognized his work on bipartisan legislation to increase transparency in the federal lawmaking process and safeguard provisions of the Freedom of Information Act (FOIA).

Isakson’s heartfelt, across-the-aisle embrace of another Weltner honoree and statesman from Georgia, the late U.S. Rep. John Lewis, a Democrat, made national headlines in 2019. Amid intense political polarization across the country, their hug on the floor of Congress demonstrated friendship that surmounted party differences.

Isakson lived his motto: “There are two types of people in this world – friends and future friends.” Speaking on Georgia Public Broadcasting’s Political Rewind in one of his last in-depth interviews, Isakson said he wanted to be remembered as an elected official who “always worked for the best interests of the people.”

See tributes to Isakson on CNN, in the Atlanta-Journal Constitution and in the Marietta Daily Journal.