Fighting for the right to know in 2022 and beyond 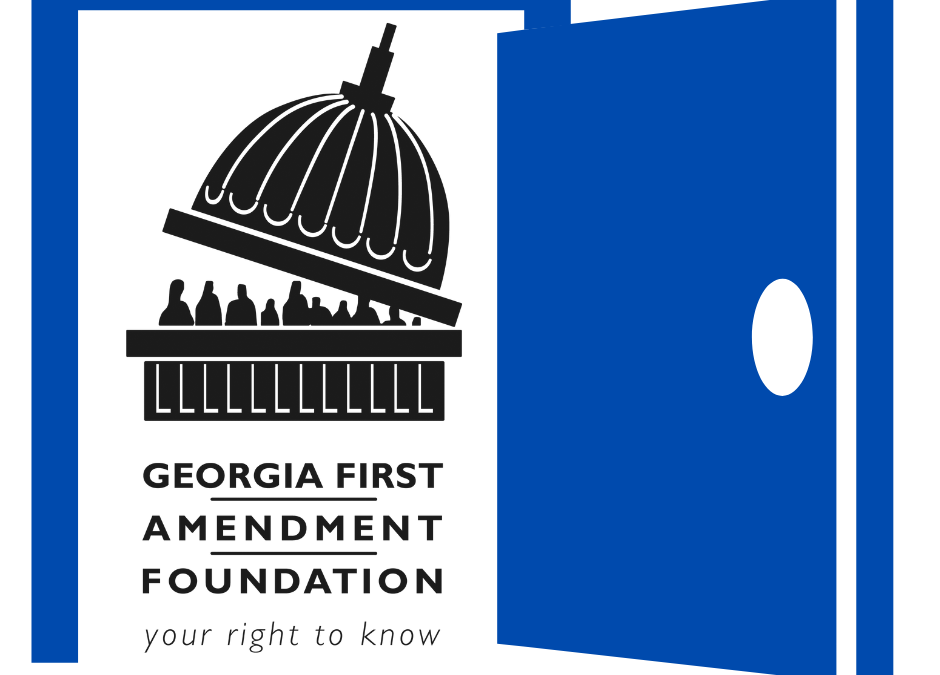 With your help this year, the Georgia First Amendment Foundation worked to protect and expand Georgians’ right to know what’s happening in government at all levels across our state and in our courts.

Here are some of the ways the Georgia First Amendment Foundation made an impact in 2022:

2022 reinforced our belief that most government officials will do the right thing when they understand the law. Most citizens will trim down their records requests to the essentials if they know how to do so. Most journalists will embrace their inner watchdog if they’re given the time and the tools.

But we have much work to do in 2023. The Georgia First Amendment Foundation is hearing more from citizens frustrated by how the officials they elect and the government agencies they fund with tax dollars are trying to limit transparency and curb their access to public meetings, records and proceedings.

The foundation spends most of the state General Assembly session watching for bad bills that could erode Georgians’ right to know or to speak freely. An anti-protest bill in the 2022 session was a perfect example, and we outlined its legal flaws in commentary published by news outlets around the state. Happily, that bill died in the last session, but we are watching for similar proposals in 2023.

A new law in Georgia that moves us backwards to the days of book banning is causing unnecessary confusion and conflict in our communities statewide. That seems particularly egregious when you know that affected libraries around the state already had a process for letting concerned parents or citizens challenge books.

We also see a push toward expungement and removal of publicly available information. It’s laudable to help people who have served their time get a fresh start and to protect public officials from harm, but do these measures actually accomplish their aims? What is certain: Sweeping new redactions would increase complexity and workloads for local government officials charged with removing this information from public records. (Read how a law mandating new public records redactions in New Jersey created confusion, expanded bureaucracy and led to the establishment of yet another government agency in that state.)

Then there is the business of medical cannabis in Georgia. The Georgia Access to Medical Cannabis Commission’s processes and procedures are shrouded in secrecy. On top of that, court records in related lawsuits have been sealed from the public and the press — something the Georgia First Amendment Foundation is actively fighting. This is an industry connected to Georgia’s biggest economic driver, agriculture. It involves a substance that until very recently was illegal. The choices made by the commission and the businesses awarded medical cannabis licenses have an impact on sick children, anxious parents, law enforcement officers and entrepreneurs. It’s a big change, and it’s big business. The public has a right to know.

Thank you for your support of the Georgia First Amendment Foundation’s work in 2022 and for donating to ensure our crucial work continues in 2023 and beyond.