Citizens’ recordings of police actions have become catalysts for change and reform. The Georgia First Amendment Foundation urges local governments and police departments across the state to codify citizens’ right to record police activity. We call on local public officials to amend law enforcement agencies’ standard operating procedures with rules for how public employees —including police officers — enable, store and dispose of photos, videos and audio recordings of police activity.

Below is a template local governments can follow, modeled on standard operating procedures some police officers already are following in Georgia.

Template for Citizens’ Right to Record

All public employees, including law enforcement agents, are prohibited from interfering with a citizen’s right to document police activity through photo, video or audio recordings. This prohibition is in effect as long as recording by the citizen does not physically interfere with the performance of a police officer’s duties.

All public employees are prohibited from intentionally deleting or destroying the original or sole copy of any photograph, audio or video recording of police activity created by a member of the public.

All public employees are prohibited from intentionally deleting or destroying the original or sole copy of any photograph, audio or video recording relating to any use-of-force disciplinary process.

Recordings of police activity must be retained as required by the Georgia Archives’ Local Government Retention Schedules for public safety records.

The penalty for violating these rules governing Citizens’ Right to Record is dismissal from public employment. 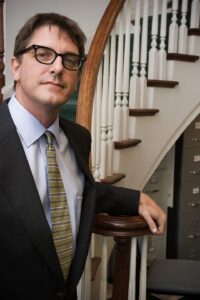 Q: What’s the history behind the framework for the Citizens’ Right to Record?

A: We really began to understand the impact of citizens’ right to record after Rodney King was beaten by police officers in Los Angeles in 1991, and the beating was videoed by a citizen from a nearby balcony. In Georgia, the issue gained traction more than 20 years later after high-profile cases in which police seized and, in some instances, deleted footage from cameras and cellphones. One of the resulting reforms, emerging from a 2015 court order, was an Atlanta Police Department policy detailing citizens’ right to record police activity. The Atlanta Police Department has updated the policy over time, as more cases have come to light.

Q: Have you seen results since these rules took effect?

A: The good news is we have seen that when police officers are properly trained about the policy and citizens’ rights, many embrace these rules. But, unfortunately, there are still plenty of instances of police officers interfering with citizens’ video, audio or photographic documentation of police activity. During the recent protests in Atlanta, journalists were even detained and arrested after documenting police activity.

Q: What’s your advice to local governments and police departments that want to add a Citizens’ Right to Record to their law enforcement protocols?

A: The time to do it is now, and the template the Georgia First Amendment Foundation has put together can simplify the process. Our template tracks what the Atlanta Police Department has done, and it also aligns with laws guaranteeing citizens’ constitutional rights.

It’s a good policy that enables an additional check on police officer conduct. It builds public trust, particularly in communities of color, and the policy has the power to save lives. From a taxpayer perspective, greater public oversight can lead to fewer instances of police misconduct and reduce the number of lawsuits against aggressive policing that taxpayers end up paying for.

The policy needs to be supported by training that explains citizens’ rights to police officers and supports a culture of accountability, community engagement and personal responsibility.

Q: What other rights do Georgians have when it comes to police oversight?

A: Citizens can request police videos, incident reports, disciplinary records, police policy documents and more under Georgia’s Open Records Act, as outlined in GFAF’s Red Book, Sunshine Laws: A Guide to Open Government in Georgia. Our Blue Book, Georgia Law Enforcement and the Open Records Act, is also an important resource. Georgians have the power to play an active role in police accountability and the push for change in our communities.

Q: Do you see other opportunities to increase public oversight of police actions, especially following protests against police brutality and misconduct? If so, what would you like to see happen next?

A: The move to make police body cameras mandatory is incredibly important. But it can’t just be about the equipment. Policies and protocols must be in place to ensure cameras are functioning properly each and every day to capture police activity, particularly use of force. In addition, police departments and the government agencies that fund them must have strong record retention policies and procedures in place to ensure captured images are properly archived and easily accessible to citizens, preferably online.

In addition, to truly build public trust, police departments should seek out and make immediately accessible both their own videos and public videos from citizens’ cellphones, businesses’ security cameras and other sources. These citizen videos have sparked calls for reform and led to greater accountability by police departments in Georgia and around the country.

Gerry Weber, a founding board member of the Georgia First Amendment Foundation, is a First Amendment attorney and senior staff counsel at the Southern Center for Human Rights. He formerly served as legal director of the American Civil Liberties Union of Georgia.